The One Part of the Plan He Missed

1 Chronicles 13:6-10 And David went up, and all Israel, to Baalah, that is, to Kirjathjearim, which belonged to Judah, to bring up thence the ark of God the LORD, that dwelleth between the cherubims, whose name is called on it. 7 And they carried the ark of God in a new cart out of the house of Abinadab: and Uzza and Ahio drave the cart. 8 And David and all Israel played before God with all their might, and with singing, and with harps, and with psalteries, and with timbrels, and with cymbals, and with trumpets. 9 And when they came unto the threshingfloor of Chidon, Uzza put forth his hand to hold the ark; for the oxen stumbled. 10 And the anger of the LORD was kindled against Uzza, and he smote him, because he put his hand to the ark: and there he died before God.

This can be a bit of a confusing story if you don't carefully follow it through. David was going to bring the Ark of God back to its rightful place after it had been absent for quite some time. Under Saul, the Israelites thought that bringing the Ark of God to their battle with the Philistines would secure and guaranteed a victory, but it did not. They were trusting in the Ark of God and not in the God of the Ark.

Finally, David is going to bring the Ark back to where it rightfully belongs. He planned this very carefully. He got his leaders on board. He invited Israel to come join him as they brought it back. He had a tremendous reason to bring it back: he wanted it where it should be and in its rightful location. His motivations were pure doing this because this is what God would want and understanding it was time for its return. This was to be a joyous event.

The plan, which was well thought out and done with the purists of intentions, is now progressing successfully. But then the Ark, which was placed on a new cart, apparently met up with some uneven ground. Whatever the cause, one of the oxen that were pulling the cart stumbled. The Ark of God became unsteady, seemingly within moments of toppling over and being damaged or destroyed. Uzza, one of the two men, along with his brother, tasked with helping to drive the Ark, instinctively reached his hand out to steady it and keep it from falling. Again, done with the sincerest of motives and seemingly in line with fulfilling his purpose in driving the cart. His reward for this? God was upset, and God smote him, and he died. Seems harsh.

So much for the party. So much for the celebration. So much for the homecoming. By the way, David was not happy with what God did. The Bible tells us that he was displeased, so much that in a bit of immature anger, he decides that there's no way he can bring the Ark home. After all, if God had not blessed him and his plan then why would he want it home.

All of this may be a bit confusing since we believe that David was not doing something wrong. So, what was the problem? Why did God react in the way He did? Well, it's the same problem that the majority of Christians have. They may desire to be a good Christian, they may do some of the things that good Christians do, they have everything planned out in their life as they serve God, but they make the same mistake that David made.

The mistake that David made and what the majority of Christians make in their life is the same. The one part of David's plan that he missed is this: his plan neglected God’s plan. His plan was in direct opposition to God's plan. You see God had very specific instructions as to how the cart was to be transported, and David did not follow those plans. Thus, when Uzza reached out and touched the cart God killed him. It did not matter what his motives or intentions were, it was an act of disobedience. God did not need him to save the Ark, God needed him to obey in how the Ark was to be transported. 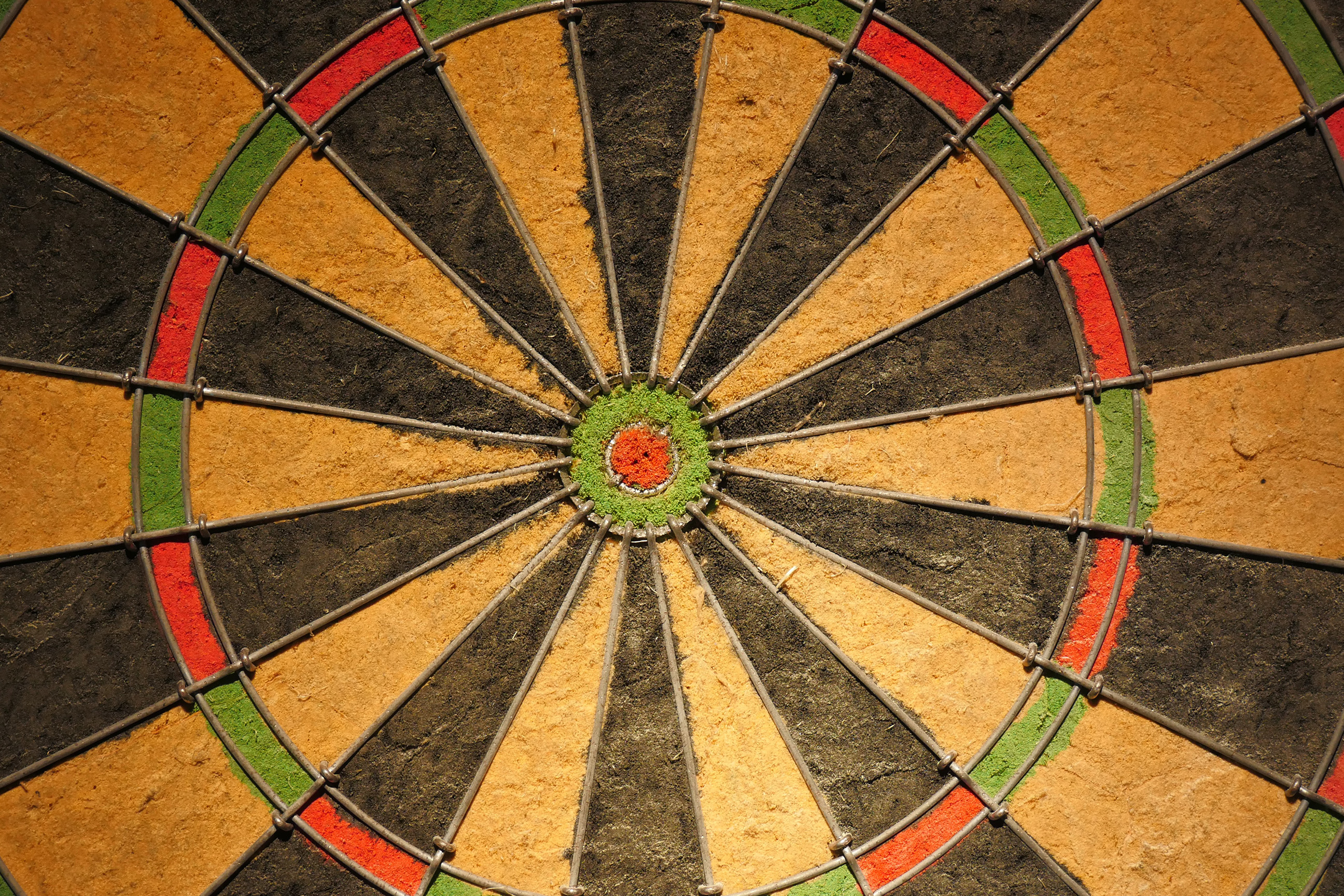 The specifics of this story and its outcome may seem harsh, but it really isn't when you see that God's plan must be followed and we cannot deviate from it in any way. Let me leave you with a few thoughts.

First, God's plan cannot be neglected just because we are seeking to do something that is right. Just because the action we are trying to take seems to direct us toward an outcome that is right, does not mean that the process we are using is right. There are a lot of things churches can do in an attempt to draw a crowd, but if they are not biblical, they are not right even if they draw a crowd. There are a lot of things that Christians might seek to do that would seem right, but if they are dishonest and bend the rules, that does not make them right regardless of the outcome.  God expects the actions we take, the ones to achieve something right, to be taken in the right way. The end never justifies the means.

Second, God's plan cannot be neglected just because we have the right motives. Motives seem to be an excuse to do what we want and move forward with our own plans. Many people who are religious, but do not know Christ as Saviour, feel that just because they have the sincere motives, they will make it to heaven. Jesus disagrees. Our motives must always line up with the Word of God. I’m tired of reading of people, and seeing them on their social media say they have a passion for Jesus, but they are living a life in direct violation of that passion. If our passion and love for Jesus does not result in a life of obedience to His will, I would say that your passion is delusional or misguided at best.

And lastly, God's plan cannot be neglected just because we have the cooperation of others. As David was putting this together it seemed as if not one person came to him to remind him that God's plan for moving the Ark was different than his. It seemed like David had 100% buy in from everybody involved. Just because people are for what you're doing doesn’t make it right. Just because the people in your circle of influence don't stand up and inform you that the plan you have is not right, doesn't make it right. By the way, I have found a lot of times that people make plans and don't want anybody to double check them from God's word. The point is, God's Word is the final authority, not the people around us. Let us not look for people that would put their stamp of approval on our plan so that we feel justified in doing what we do without ever matching our plan up to the Word of God.

I'm simply saying that any plan we have for our life should come from God's will. First and foremost, God's will that is revealed to us in the Word of God. But also, the will of God that God reveals to us as we daily walk in obedience to His Word. We need to quit believing that just because we love Jesus, have good motives, or believe what we are doing is right, makes what we do OK, even if it is a violation of God's Word and His will. Let's not make a plan for our life that neglects the one thing that every plan needs, God's direction. 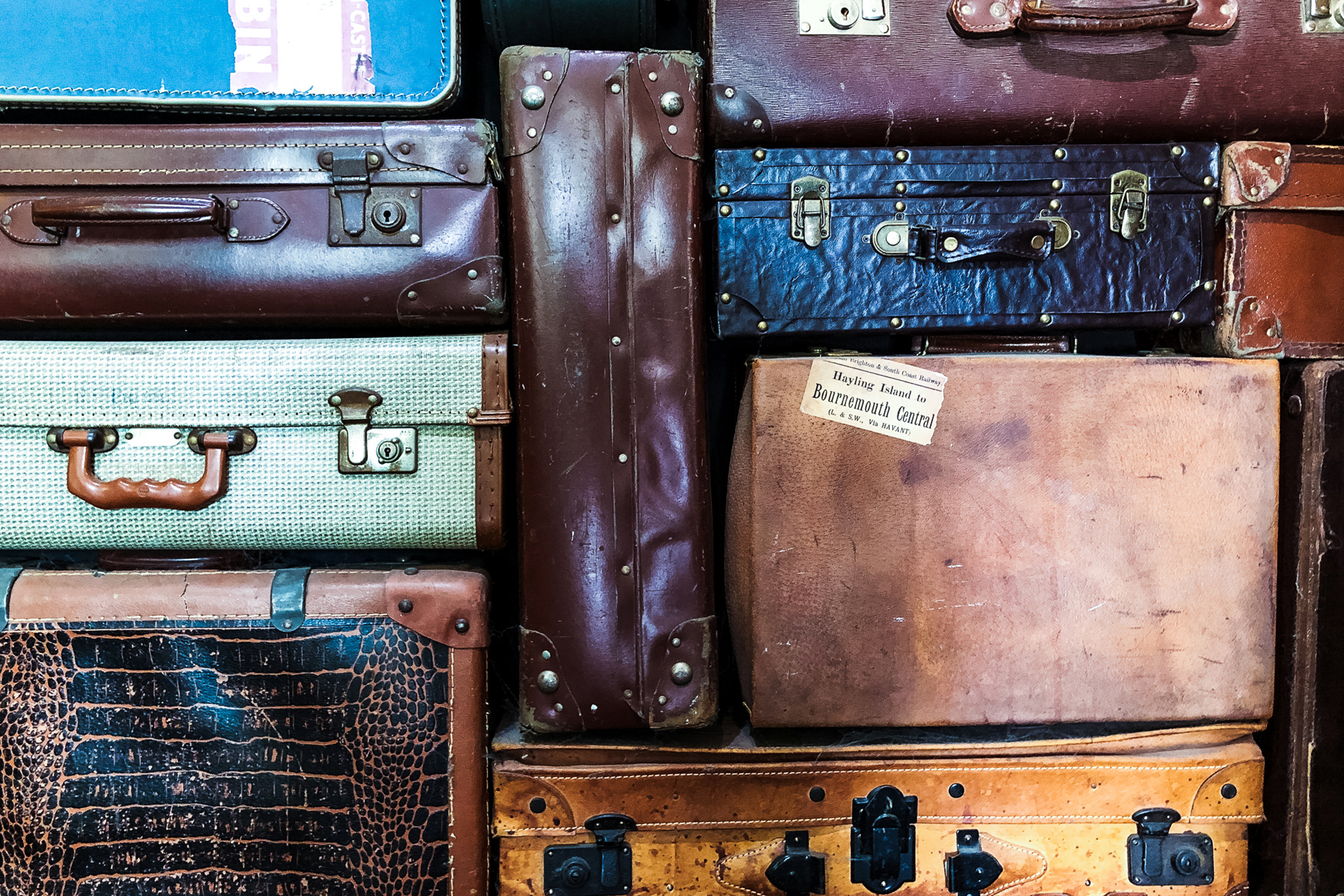 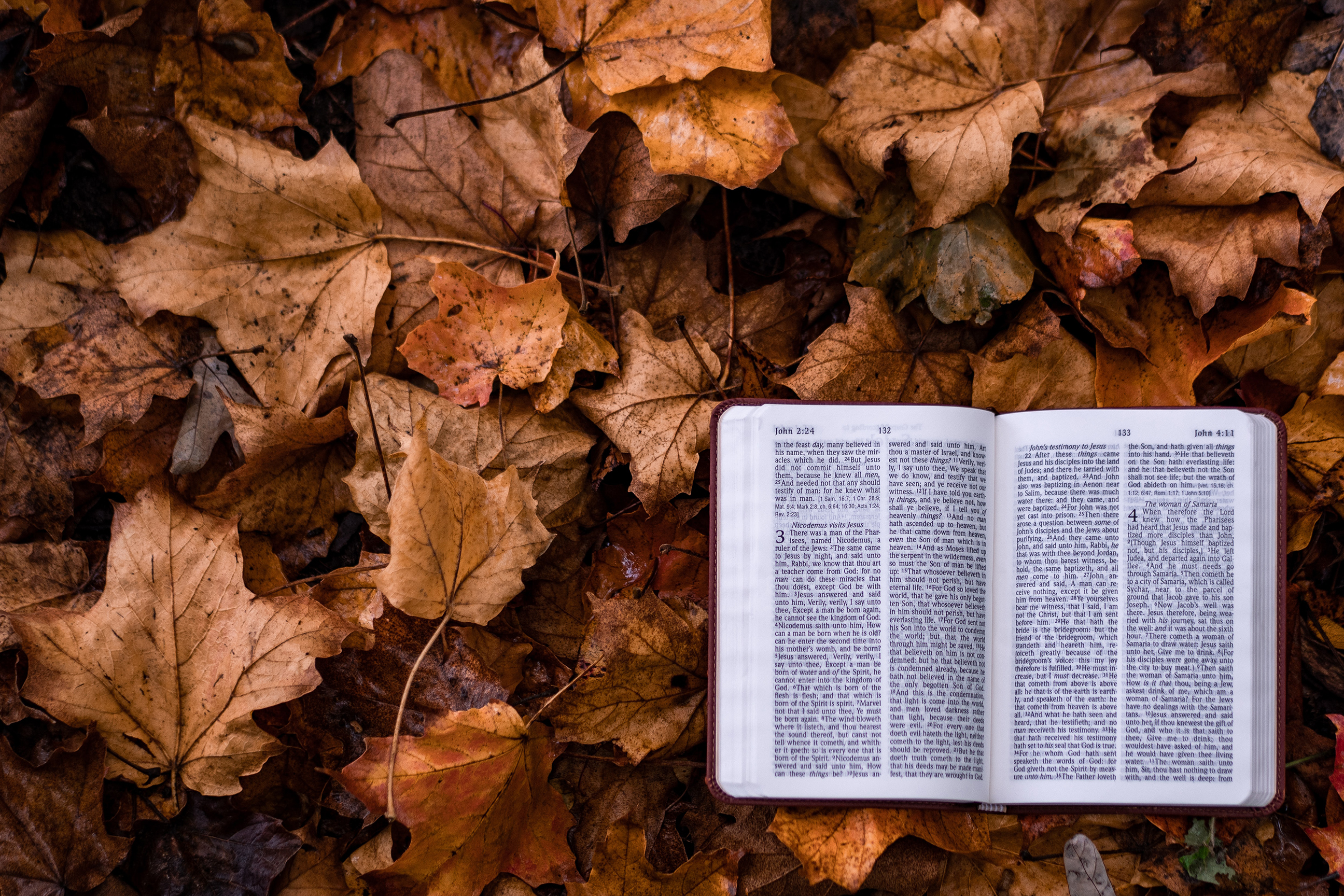 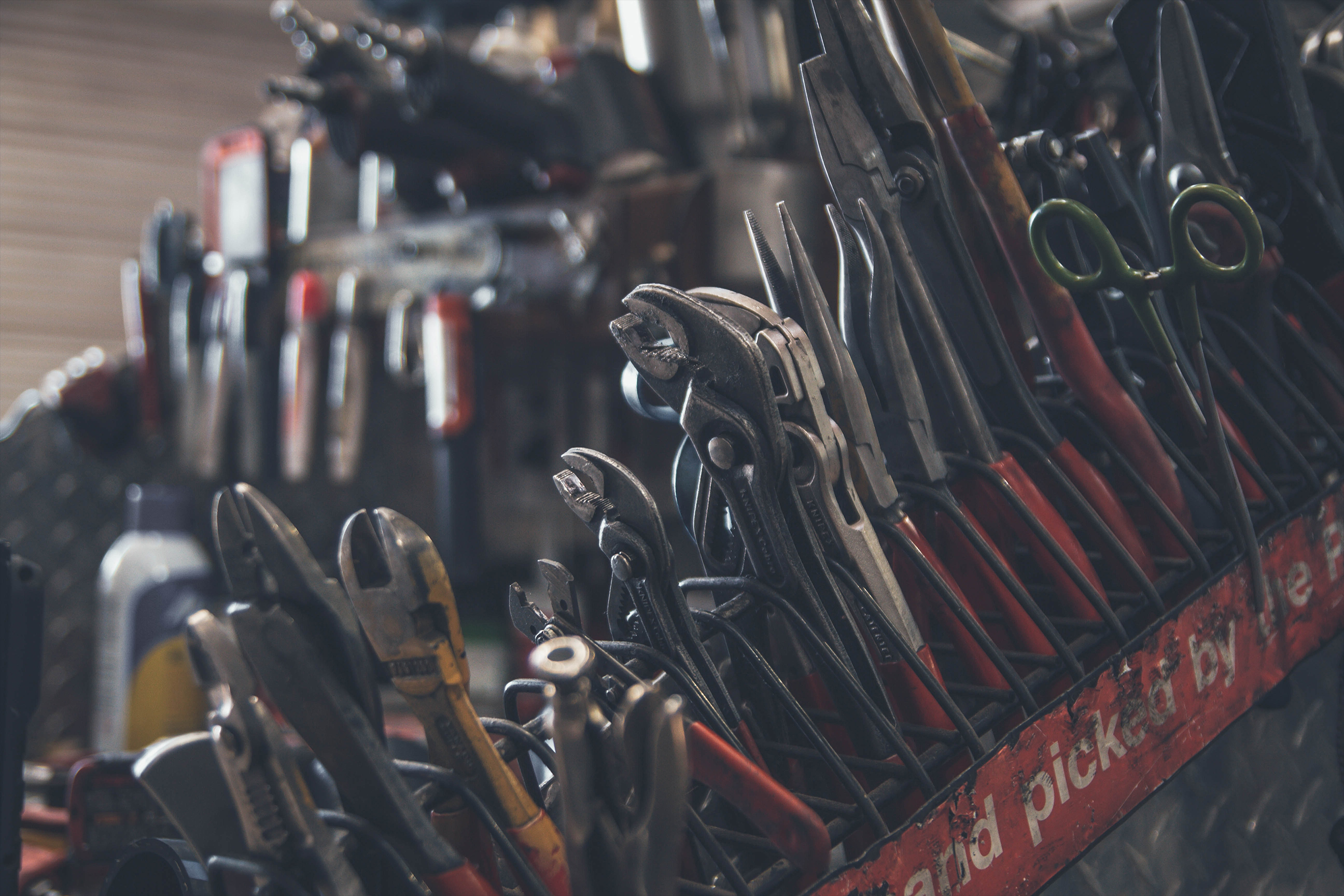