James 1:14-15 But every man is tempted, when he is drawn away of his own lust, and enticed. Then when lust hath conceived, it bringeth forth sin: and sin, when it is finished, bringeth forth death.

In the book of James, we are given an easy acronym to remember how sin has an impact on our mind and life, LSD. Just like the drug, the Bible describes an LSD that causes massive confusion, delusion, and eventual demise. This is a simple, yet very powerful truth. By understanding how sin and our mind work together to bring forth our destruction, we can begin to take the steps necessary to combat the long-lasting effects that sin has on our life.
‍

You can see the progression in the verses outlined above:
‍

“Every man” is tempted when he is drawn away with his “own” lust. No person is unique in the sense that we all deal with lust. Yet, each person deals with their own kind of lust. You might lust after one thing and someone might lust over another.

‍
With that said, the lusts we face entice us. Lust tempts, urges, leads, allures, excites, seduces, offers false promises, persuades, and gives the illusion of limitless fun and fulfillment. Where does this playground of possibilities take place? Our mind. Our thoughts become a war zone as the devil whispers of all the wonders we are missing out on.

‍
Remember Eve in the garden? Satan offered her sweet dreams of knowing the difference between good and evil and how God had been holding out on her somehow. The grass is always greener on the other side, but we often forget to ask if that’s because there’s a septic tank, or because of an increased water bill.

‍
The larger issue at hand is that our lusts don’t want to just live in our heads. Our lusts want to be carried out and performed in real life. Our flesh longs and demands action that must be taken. This lust leads us to sin.

‍
When our lust conceives, it brings forth sin. No longer is the thought of sin only in our head. Lust has manifested itself in our life. Our hands carried out the deed that once seemed unthinkable. Our feet took us to the place we thought we would never go. Our tongue spoke the perverse sayings we once cringed at. Our eyes looked at images we would have run from before. For a season, there is pleasure found in the sin. If this wasn’t the case, no one would sin.
‍

But there is a problem. The primary bait sin uses is always deceit. There’s always a promise of a better feeling, better opportunity, better excitement! However, we all too soon can find ourselves looking back at what our life was like before sin wreaked havoc. We quickly realize that sin has used lust against us. The final product was not as advertised. The temporary fulfillment was not worth the price. 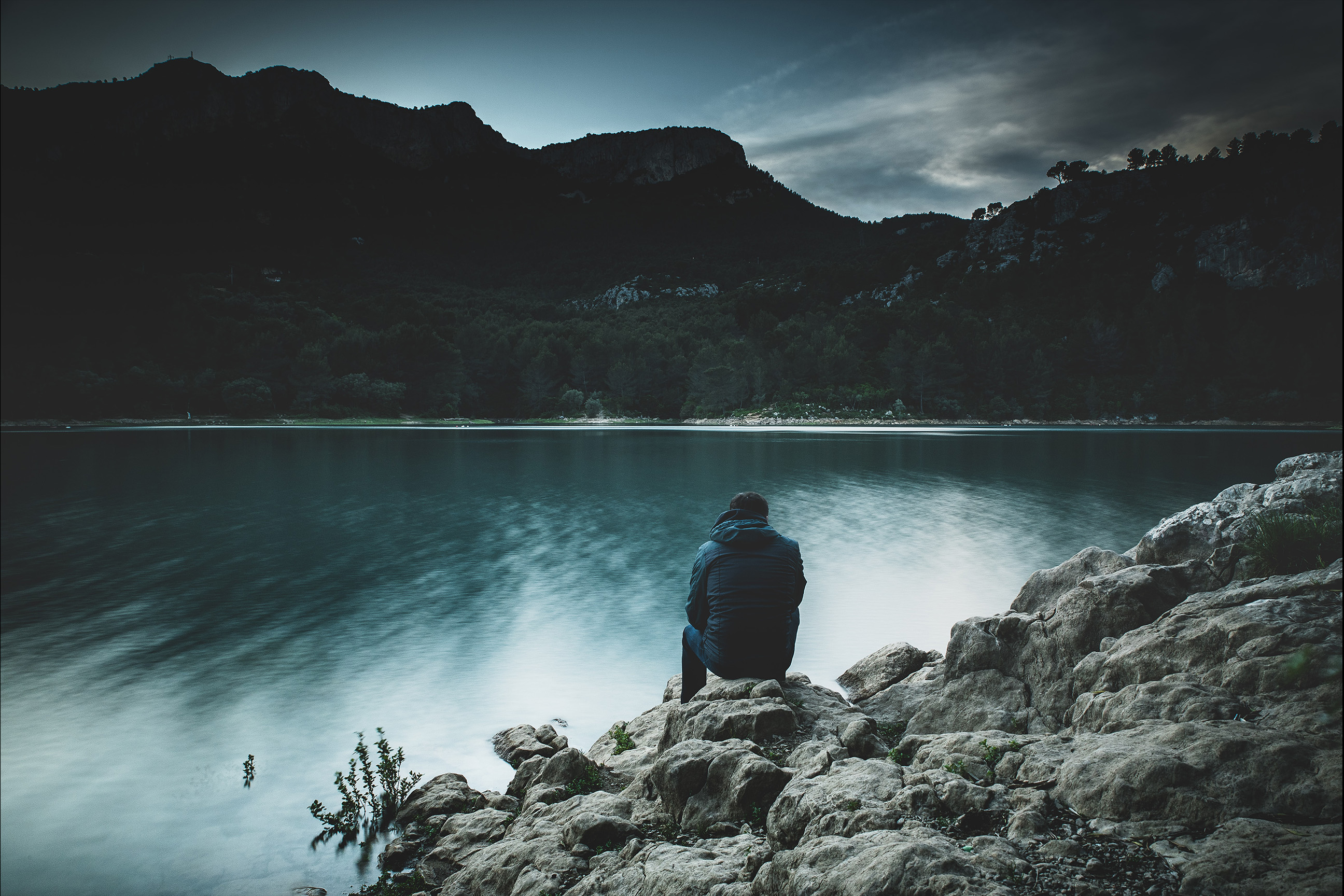 Achan was enticed by his lust of gold and clothing. In the end, he lost his life. Judas was enticed by the devil because he lusted for gold. He ended up taking his own life. Lot lusted after the bright lights of big city living. At the end, he lost all he had. I am sure people pop into your mind who paid the bloated price of acting out their lust. All we can do is shake our heads at how sad the story ended. Don’t be deceived because the story and ending is always the same, death.

‍
Death - Separation or alienation of the soul from God; a being under the dominion of sin, and destitute of grace or divine life; called spiritual death.
‍

All sin ends the same way, with death. There are no exceptions or special cases. Thankfully, for those saved by grace through faith in our Lord Jesus, there is no eternal death. For those who don’t know Christ as their Savior, they face the ultimate punishment, which is called the second death. This second death is eternal separation from God in a place called hell.

‍
For the Christian, there are two kinds of death. The first is a physical death. It doesn’t take much convincing or require faith in God to understand that becoming an IV drug user will increase your risk of death. This is the physical death that sin brings. Drugs, smoking, promiscuous lifestyles, drunkenness, and fighting can all lead to accelerated death.

‍
The second death for a Christian is a spiritual death. God told Adam and Eve that if they ate of the tree of the knowledge of good and evil, they would surely die. They ate and yet didn’t die right away. What happened? First of all, their sin brought forth an eventual physical death that we mentioned above. Second, their sin brought forth their spiritual death. They realized they were naked and they ran from God. If you decide to watch inappropriate content, it may not bring forth instant death as drugs could. But your sin will most certainly bring forth spiritual death.

‍
So, how do we combat lust, sin, and the death it brings? First, we have to fight on the front lines of our thoughts and keep our hearts with all diligence. This is done by protecting the portals to our heart. These portals are our eyes, ears, feet, hands, and mouth. Rather than giving excuses for the sin that’s around us, find opportunities to remove vulgar and evil communication from the areas we can control. Ask God for strength to turn off that show that is vulgar. Mute the music that curses your Savior. Delete that app that puts indecent images before you.

‍
Second, we must commit our actions to the Lord if we wish to control our thoughts. The Bible says in Proverbs 16:3, “Commit thy works unto the LORD, and thy thoughts shall be established.” Changed actions lead to changed thoughts. We cannot expect to control our lust if we continue to put ourselves around the sin our flesh desires. Cut off your flesh by suffocating the opportunities it has to act out the lust and sin.

‍
Remember the acronym LSD and the cost it incurs. This will help you overcome the lust that turns into sin that leads to death. Is the lust that flashes in your head really worth losing your health, your family, your friends, your ministry, or most importantly, your relationship with God? Sin will eventually cause death, but by thinking through its consequences, this might help eliminate many of the troubles we could face. 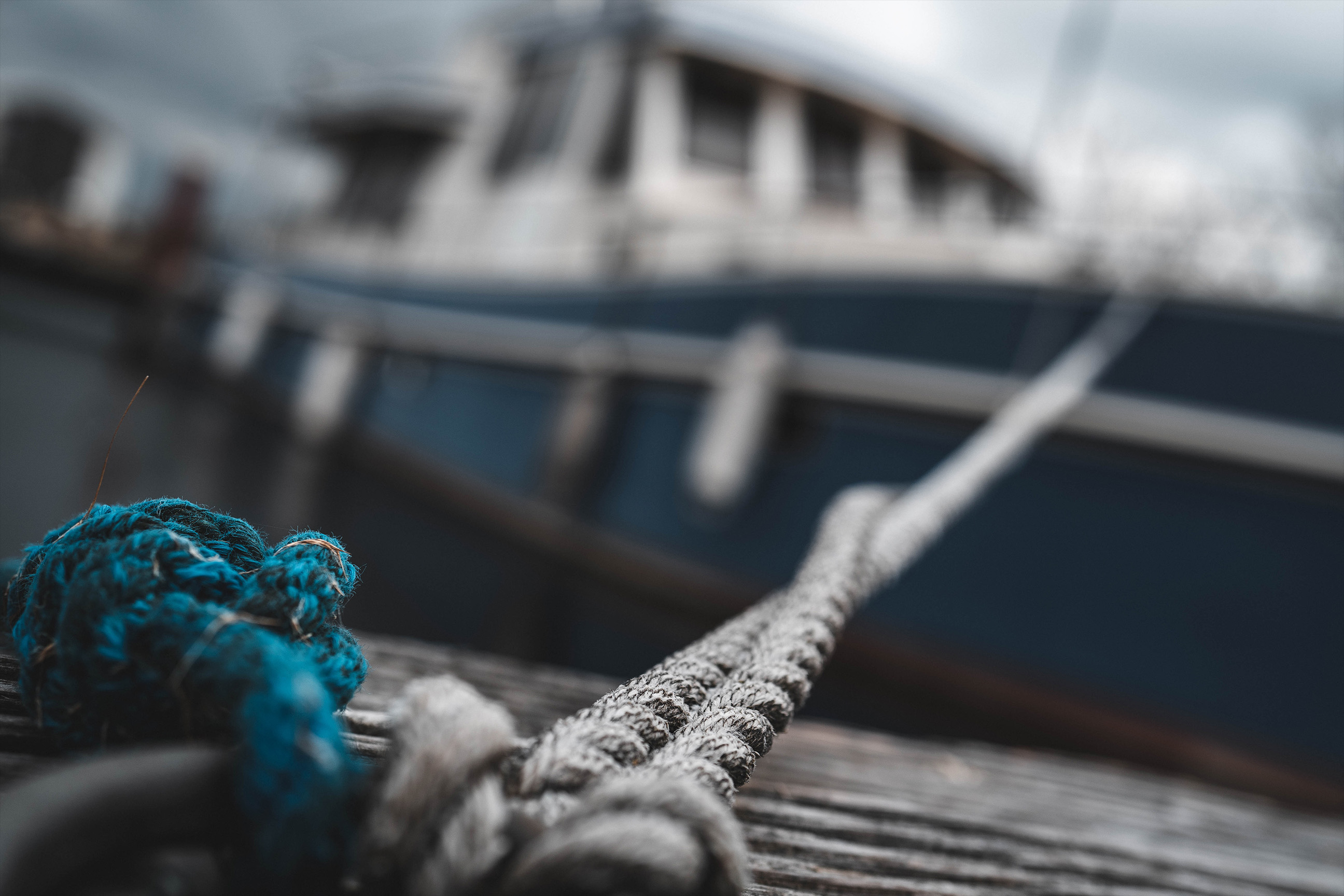 Do we have an emotional relationship and yet move on quickly, or are we concentrated and stick it out through good times and bad? 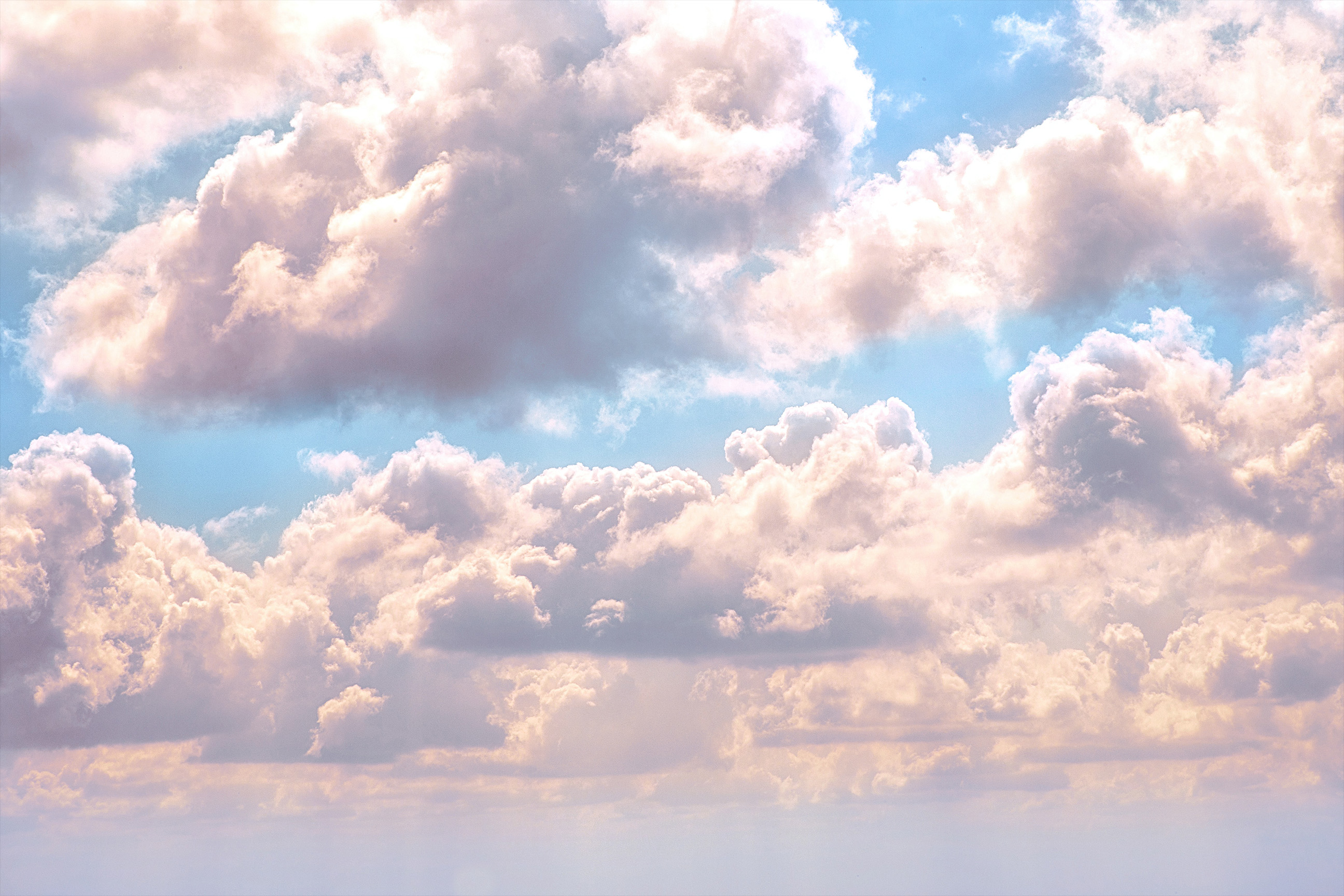 How Is The Dreamer?

Often it seems our circumstances pause the dream. and as dreamers we get discouraged. 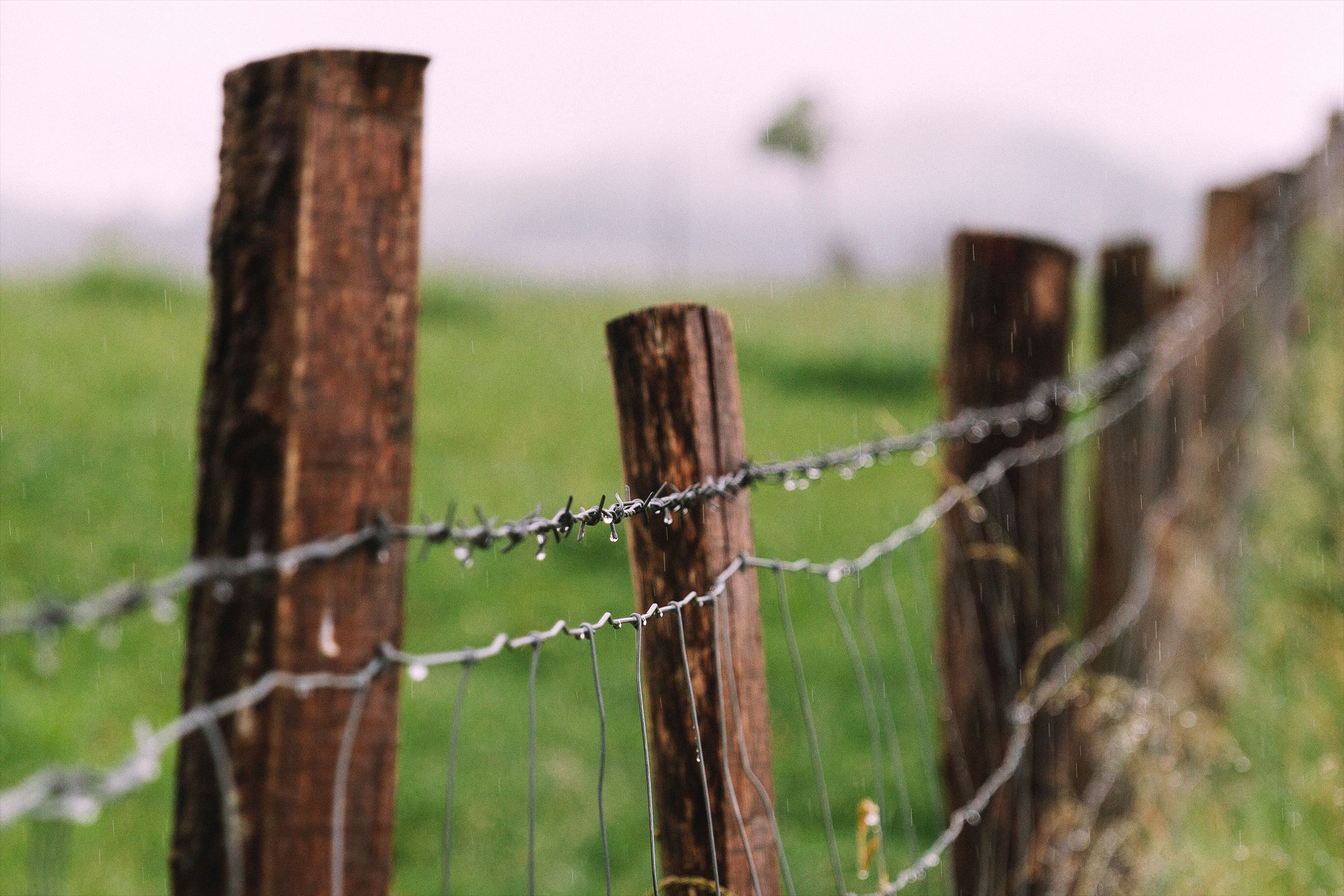 The standards of man are never a substitute for the commandments of God.